What have you actually invented? - A chronology.

"Back to the innovation overview

Again and again we are asked, "What have you actually invented?"
For this reason, we have compiled a clear list for you in our INNoBlog below:

Chronology of the storemaster® Innovations

The cantilever system manufactured since 1979 ArmStrong® for sheet metal storage inspired a sheet metal handling storage system that eliminated the need to constantly move sheet metal pallets back and forth between the warehouse and the machine.

A drawer system for heavy tools, already manufactured since 1980, was redesigned in 1992 into a pull-out system for 7 sheet metal pallets, which could be placed directly at the machine for sheet metal removal without forklift operation.

The users' wish for a larger number of drawers in the system was met in 1996 with a redesign of the pull-outs. The new pull-outs now allowed loading by belt with whole sheet packs of maximum 100 mm height without a wooden pallet. In this way, the system could now accommodate 13 types of sheet metal with a respective weight of 3,000 kg.
In 1996, the ingeniously simple but very effectively designed diagonal cross patent depalletiser was invented for separating the bundle of sheets from the wooden pallet even before storage.

As early as 1998, it succeeded in storemaster® to electrify the 13 heavy-duty drawers with a simple push-button control. Today, drawers for a payload of up to 20 t are moved with this. However, we wanted even more types of sheet metal to be available for fast, direct access to the machine. So we set to work ...

The highlight in sheet metal handling technology was the MasterTower in 2000.®. Thanks to a crane-vacuum-sheet removal technique integrated into the drawer system, including a superstructure that could serve as storage space for further sheet pallets, it was now possible to relieve the local crane technology.

The ShuttleTower cassette system® was created in 2001 with the highest capacity of a forklift-operated sheet metal storage system.

storemaster® reacted in 2006 with the TwenTower system® for 20 drawers to the 1998 task of making more sheet types available for direct access.

The combination of drawer and cassette as an interchangeable system with exchangeable cassette flats was patented in 2008.

For vacuum technology, a sheet separation device was patented in 2012 that counteracts the accident-prone adhesion between the sheets.

In the area of long goods storage, the ArmStrong swivelling compartment system®swingout patented in 2012. The Armstrong®swingout has since held its own against imitation cheap products thanks to its design, which has been thought through down to the smallest detail.

In order to also meet the demand for automatic machine loading, in 2014 the robot-controlled ShiftMaster® invented. The ShiftMaster® was named as ZIM project promoted.

In addition, 2014 saw the launch of the patented euroflat® load carrier has been awarded the Blue Angel. The euroflat® Load carrier for sheet metal packages manages without any use of wooden pallets.

The TwenTower system® was expanded in 2015 with 25 drawers to better meet the original 1998 challenge.

Attempts at imitation and copycats have been left behind until today, because storemaster® holds its own in the market thanks to the highest level of quality fulfilment and constructive ingenuity. We live our mission statement and are convincing pioneers of storage technology.

Discover our
storemaster® Shop and configure
your individual storage system
as per your needs. 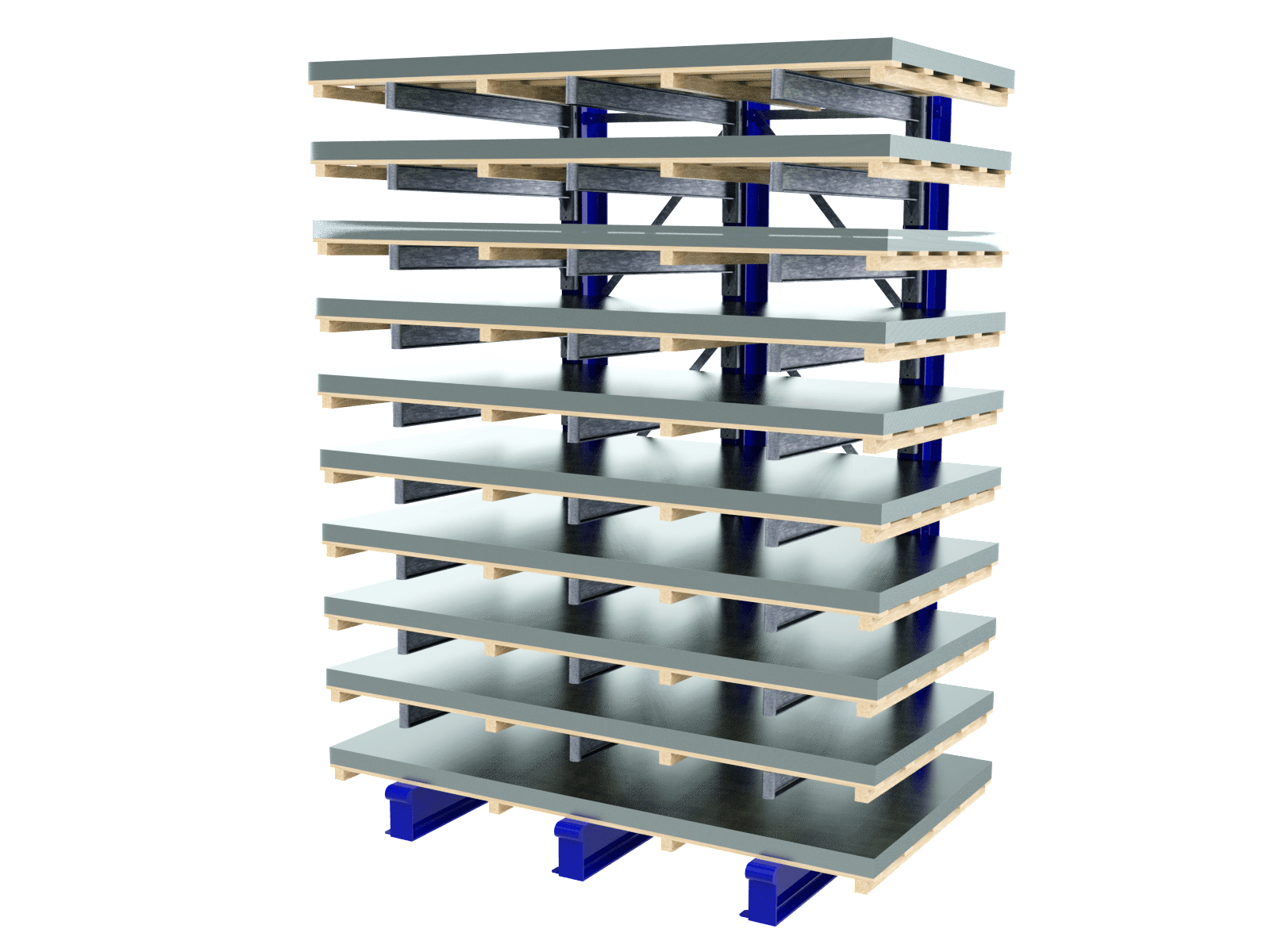 We look forward to your enquiry!